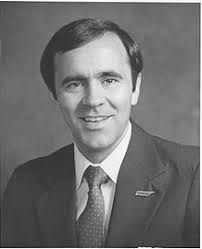 Yeah, yeah – we know – gratuitous sexual innuendo and juvenile, irresponsible attempts at humor. But hey – it’s what we do.

But how else to address one of the most blatant misuse of taxpayer’s money in Nashville’s recent history for a politician’s – ahem – personal use.  It is not only corrupt, it is a classic demonstration of hypocritical, double-standard, sleazy, unethical malfeasance.

Not to mention icky.

Unless you were living in Thomas Demonbreun’s cave on the Cumberland River the last 24 hours, you know the uber-liberal darling of the Democrat Party, Mayor Megan “Hot Lips” Barry has been using the taxpayer’s money to cheat on her husband with the head (“head” in this instance is perfectly interchangeable between its literal and colloquial definition) of her security detail.  She canoodled with him in Greece and half the continental U.S. while he charged the taxpayers overtime for servicing the mayor.  The mayor said they never did it “on the clock”.  However, she declined to say whether they did it on the sofa, on the hood of her official car (“if this Tahoe’s a-rocking, don’t come knockin’”), or on the 50-yard-line of Titans stadium. For all we know, they did it on the airplane on their way to Greece, which would make her the Mile High Mayor.  Come to think of it, they were together in Denver (the Mile High City) so we guess that would qualify too.

Oh, the Humanity!  Oh, the Hypocrisy!

The crew here at Rocky Top have digressed to bathroom humor, because that is exactly what the mayor has earned.  And because we are done with the preening, sanctimonious, virtue-signaling jerks (#upyours) like the Mayor who smugly declare their moral, ethical and politically correct superiority over those of us who insist on seeing this scandal for what it is.  We so-o-o look forward to the Tennessean’s editorial demanding the immediate resignation of the Mayor.  (Wait.  Why are you laughing?).

It ain’t like there’s no precedent.  Those of us old enough to remember Bill Boner know what we are talking about: Cheating. Corruption. Harmonicas.  Phil Donohue.  National humiliation.  (Look it up Millennials.  That’s why God created Google).

Somewhere today, Jeremy Durham is laughing his candy pants off.