With anonymity and irrelevance quickly approaching the retiring junior senator from Tennessee, Bob Corker has created a new career path for his political dotage – click-bait for the liberal news media (see “Brokeback Bob“).

For years, Corker has tried to portray himself as a solid conservative.  That began to unravel in 2015 when he played a key role in helping Obama pass the disastrous Iran nuclear deal.  Republicans were outraged.  Trying to regain his conservative mojo in 2016, Corker practically groveled before Trump, first spreading the patently absurd speculation that Trump was considering him for vice-president.  When that ran up the flag pole without anyone saluting, Corker tried a different tack.  He then begged to be Secretary of State. Trump checked Corker’s financial background and the way he would appear standing next to Putin and others and quickly took a pass.

At that point, Corker shrugged his shoulders and assumed Trump wasn’t going to win anyway, so he just resign himself to running again for the senate.

What a difference an election makes.

With Trump in the White House and Corker on the periphery, pundits —  backed by polls revealed Corker was in political trouble back home.  Just as important was information began to leak out (with absolutely no thanks to the MSM) that Corker has left a string of highly questionable – and perhaps illegal – financial deals that turned him from barely solvent when he got elected to the senate, to accumulating a personal fortune worth nearly $100 million. 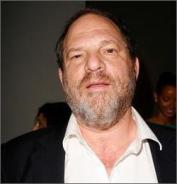 So now Corker is employing the “Harvey Weinstein” defense:  when the authorities start to close in on your sins, try to direct attention away from you by attacking someone the MSM hates more than you.  In Weinstein’s case he made a pathetic and comical attack on the NRA – as if that would absolve him.

Corker realized his political career was coming to an end and that he would never be Secretary of Anything.  And with Breitbart and others quickly tracking down such things as a swampy taxpayer-funded shopping mall deal in Mobile, AL, Senate Ethics Committee complaints, accusations of insider trading and using his position on the Senate Banking Committee to personally profit from the financial crisis in 2009, Corker summoned his inner-Weinstein and attacked – who else – Donald Trump.

For you see, the more Corker attacks Trump, the more the MSM gets all excited and breathlessly report his latest

insults of the President, while they conveniently ignore his shady personal failings.  And make no mistake — what is really going on here is that Bob Corker is building his defense against any charges of impropriety or illegality.  If the Securities & Exchange Commission goes after Corker for insider trading or if lawsuits are filed over the Mobile real estate deal, Corker can try to say that it is the Trump administration trying to exact revenge on Corker for his criticisms.

The grotesque Harvey is supposedly in a sex-rehab clinic.  We wonder if there is a rehab clinic for sociopath senators who use their position for personal profit?  Sort of like Bernie Madoff.

And where did Madoff go for rehabilitation?  Oh, yeah, that’s right… 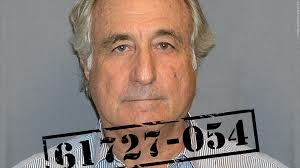