This past week, Lamar Alexander voted against the repeal of Obamacare.  He did this even though the bill he voted against WAS THE EXACT SAME BILL  that he vote FOR less than two years ago!

When Lamar said he was for repealing Obamacare two years ago he was lying — pure and simple.

What a duplicitous hypocrite.  We can’t wait for his expected retirement.

Boyd announces he will run across the state.

Now that we know what Boyd is running for, perhaps we should look at what he is running from. 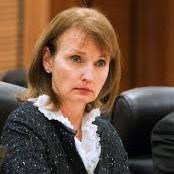 Harwell launches race for governor and the first question is: “Why?”

So we couldn’t let Beth Harwell’s entry into the Gubernats race without a couple of snarky comments and observations.  Since we have been living rent-free inside Beth’s head for the last three years, we figure, why stop now?

Beth is reportedly running her campaign out of the bathroom located just off the floor from the House chamber, where she has demonstrated some of her best leadership qualities. The acoustics in the bathroom are not that great, so we couldn’t make out everything Beth said during her announcement, but we got the gist of her strategy:

If anyone doubts Beth’s viability, just call Ron Ramsey, Tennessee’s newest lobbyist.  He’ll tell you all about Beth and the Commode Caucus.

Okay, now they have resorted to just making stuff up and calling it “news.”

In an astonishing article, the politically compromised liberal political reporters at The TennessCNN  simply parroted a news release from the state Democratic party chair, Mary “Batshit Crazy” Mancini, in which they voiced dismay that a Tennessee state senator had a private meeting with the U.S. Secretary of Education.

How dare someone meet with anyone on some subject and not invite Mancini and the unwashed hordes of biased reporters into the room!  Have they no shame?  Somebody get a rope and let’s lynch the offending individuals!  Haul in the Russians to see if they know what was said in the meeting!  Maybe there is a dossier about urinating prostitutes being circulated by John McCain that can shed some light on the Sen Brian Kelsey/Sec. Betsy DeVos meeting!

What in hell is wrong the people at The TennessCNN?  What self-respecting editor would allow this to get past their desk?  Have the editors all been downsized?  Have the remaining inmates lost all sense of purpose and ethics by publishing this drivel?

The short answer is: “Yes.”

To the numerous tipsters who rudely let us know that our earlier post incorrectly referred to Megan Barry as “Mary” Barry.

Clearly, the word we intended to type was “Mayor.”

To all those wonderful people out there in the dark.  It is I.

It’s downright amazing what our tipsters can find and shove under our door.  This latest offering is a hilarious/outrageous example of your tax dollars hard at work.

Seems Mayor Mary Barry just can’t get enough of the camera.  In the less than two  years she has been in office, she has had 5314 official photos taken of her, and in case you missed any of them, she had all of them posted at nashville.gov.  We haven’t seen that many photos taken of one person since our cousin Lula Mae showed up at the family reunion and took her top off.

It’s a wonder Ms. Barry has had time to do her job as mayor, what with all the photo shoots.  Even so, we don’t believe the rumors that she has had a catwalk installed in her office so the papprazzi can get a better angle.  Meow.

Mayor Moonbeam is ready for her close-up.

Any wonder why, as compared to Mayor Diva, there are so few photos of Barry’s husband, Bruce?  Here’s why:

Good grief, the guy looks like Bernie Sanders’ love child.  From his appearance one would think he was a card-carrying fellow traveler of the ACLU and a fuzzy-headed liberal academic left-wing nut.

A few weeks ago, the Tennessee Star commissioned a statewide poll of Republican primary voters.  In that poll, Corker’s re-elect was 41% among voters of his own party.  The head-to-head matchup between Corker and Cong. Marsha Blackburn was even more revealing.  Despite Corker’s 10 years in the Senate and superior statewide name ID, Blackburn was in a statistical dead-heat with Corker. With each getting about 41% of the vote.

Some critics tried to dismiss the poll as an anomaly, trying to pick at its methodology.  But the crew here at Rocky Top took time from our three-week summer siestas and consumption of mass quantities of cold beer on Watts Bar Lake to use our collective expertise to analyze the poll.  We found its methodology and conclusion compelling and convincing.  Still, those trying to whistle past the electoral graveyard repeatedly referred to it as “just one poll” conducted “by some conservative group.”

Then last week the fuzz-head academics at MTSU (definitely not a hot-bed of conservatives) did a poll, focusing on the question of “trust.”  And the Republican breakouts of the poll had a couple of startling findings.  For one, President Trump was “more trusted” (77%) than Gov. Bill Haslam (58%). Heh.  But when Republicans were asked about their level of trust for Sen. Corker, the results were a confirmation of the Tennessee Star poll.

Corker received only a 40% trust rating in the MTSU poll, with only 8% of Republicans saying they “completely trust” Corker.  After 10 years, a committee chairmanship, rumors of higher office, etc. Corker can only muster a minority of 40% of Republicans — the almost exact same level for re-electing Corker (41%) the Tennessee Star  found in its poll.

Any (credible) person looking for a reason to run successfully against an incumbent senator now has a clear opportunity. Three separate data points on Corker electoral weakness now exist — if a challenger has the sense or the gumption to connect the dots.