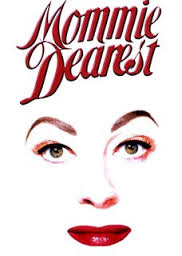 One of the most bizarre incidents of last week’s revolt against the House leadership by conservative Republicans and the Democrats was when House GOP caucus chairman, Rep. Ryan Williams, stood up before the GOP caucus and informed the members that they had elected Rep, Glen Casada to “be the daddy” of the caucus and that they had also elected him (Williams) “to be the Mommie.”

Yes, he actually said that.

Ah, where to start.

The first icky question: if Casada is the “daddy” and Williams is the “mommie,” just when did the two of them consummate their relationship?  And is Rep. Barry “Boss” Doss the love-child of that union?

If these two are the “parents” of the caucus, then someone needs to call Family Services — because their actions could definitely be considered child abuse.  “Mommie Dearest” leadership at its finest…