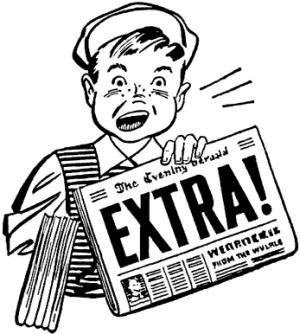 Whoo-ee!  For an industry that is losing readers and credibility by the minute, the MSM here in Tennessee can still gin up a tit-for-tat news war.  In the latest round, the Tennessean came up way on the short end of the stick.

On Friday, GOP bon vivant Susan Richardson Hyphen Williams got all giddy from a phone call from the Speaker who told her she was going to run for governor.  Susan rushed right out and posted the info on her Facebook page.  Action Andy Sher was apparently stalking Susan’s Facebook page, saw the entry and posted it around midnight Saturday in an exclusive story.

There was much gnashing of teeth and cries of despair in the Tennessean newsroom when they discovered Sher’s scoop.  “How could this happen?  We are supposed to be the paper of political record in Tennessee.  Our name even has the word Tennessee on its masthead!  Our Gannett overlords have filled our desks with political reporters and editors (albeit none who were born, raised or went to school in the Volunteer state – but hey, they look good on YouTube with their beards and one of them is married to another guy, so there’s that…).  The horror!”

Not to be outdone by the provincials in ChattaVegas, the Tennessean machine quickly went to work to get a political election story that could top Sher’s scoopage.  Alas, there were none to be found.

So they made one up.

Ten hours after Sher’s article was posted, the Tennessean ran with breathless speculation that – wait for it – Peyton Manning might possibly run for the U.S. Senate from Tennessee four years from now.  They settled in on Manning, who is not even a legal resident of Tennessee, since apparently to speculate the Kardasians and/or Taylor Swift would run for the U.S. Senate might be a tad too implausible.

The last time the Tennessean tried to elevate a celebrity to political office was with Ashley (i.e., nasty woman / pussy cap) Judd.  How did that work out, fellas?

They pulled the Manning story out of their collective arses, based on nothing more than a brief appearance by Manning at a Republican meeting in Philadelphia back in January (an event already reported by the news blog Politico several weeks ago) as proof the Tennessean reporters were still relevant and still on the job.  They then ran with their weeks-old “scoop” hours later.  It was so important, don’t you know, that it couldn’t wait another minute before rushing it to print Sunday morning – more than ten hours after Sher’s story hit.

The crew here at Rocky Top have mused that another crack reporter, Alanna Autler (Channel 4 in Nashville), was actually the person behind the Tennessean breaking their fake news.  We imagine she woke up Sunday morning, saw the Sher piece and rolled over in bed and told her significant other (Tennessean reporter Dave Boucher):

“Uh, honey.  You might want to get up.  Remember how you asked me to spank your tushie last night?” 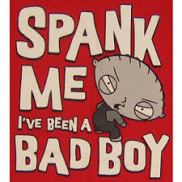