Coming up short in the ethics department.

The Corruption of Bob Corker?

For some time now, Rocky Top Politics has been dropping hints that Sen. Bob Corker may be up to his keister in ethics complaints, financial misdeeds and such.  Well no more hints. Over the next few weeks RTP is going to lay out a trail of what appears to be serious, widespread corruption of multiple elected officials, staff, bankers and businessmen – all tied to Bob Corker.

Why pick on ol’ Bob, you might ask?  Well, if Corker wasn’t such an egotistical ass, we might let it slide — but he is, so we won’t.  All kidding aside, what Corker appears to be engaged in is so serious that it could affect his future viability to run for re-election, governor or dogcatcher.  And that affects scores of people across the Volunteer state.

To cover our rear ends, we will make sure to put “qualifiers” in front of our statements to let you know what is fact, what is suspected and what is rumored.  What we will reveal over the next few weeks will be shocking for most and disheartening for some.  Bob Corker has created a political image more carefully tailored than a Saville Row suit that is starting to come unraveled and the potential domino effect of Corker’s troubles on the Tennessee body politic could be profound.  It is a complicated tale steeped in the world of high-risk development projects, accusations of insider trading, highly leveraged personal “fortunes,” mega-banking, the collapse of the housing market and the 2008-2009 financial crisis, and more.

But not to worry.  We will try to dumb it down to a level where even folks in Sneedville can grasp the subject matter.  And as serious as the subject matter may be, Rocky Top will deliver it with the same snarky, juvenile and irresponsible manner our loyal readers (both of ‘em) have come to expect.  Expect a lot of needless and puerile jokes about the vertically-challenged junior senator from Tennessee.  It’s how we roll…

Today, in the first installment of a series of reports based on RTP’s incessant digging, our disturbingly large number of insider sources and our vast institutional experience, we will begin at the beginning:  The Campaign of 2006.

Campaign 2006 – Creating and Protecting the Myth of “Millionaire Bob.”

When Bob Corker first ran for Senate in 2006, one of the central themes of his campaign was that he was “a self-made millionaire,” worth huge sums of money.  His ads bragged about his wealth and his disclosures at the time seemed to confirm it.

Turns out Corker’s wealth was a greatly exaggerated deception.  Corker did have several million dollars (much of which he put into his Senate campaign) that he received from the sale of most of his real estate holdings to controversial businessman Henry Luken.  But Bob just kinda sorta left out the part that his assets were more than offset by a honker of a debt.  You see, Bob was apparently still on the hook for tens of millions of dollars in debt from his recently-sold businesses that made him contingently liable — meaning if Luken ever defaulted, the creditors would come looking for Corker to demand he make good on the debt.  So Corker eked his way into the Senate with a contingent debt hanging over him that could have left him flat busted.  As we shall see in Part Two, that potentially apocalyptic financial event came damn close to happening in 2009, just two years into Corker’s budding Senate career.  How Luken and Corker avoided it should make any ambitious U.S. Attorney salivate.

So instead of being the wildly successful entrepreneur depicted in his campaign’s TV ads, the reports indicate he had very little cash on hand to maintain his lavish lifestyle.  In fact, a careful look at the public financial disclosure records from 2005 and beyond – and the frequently amended official disclosures he has been forced to correct over a dozen times since then — reveal Corker was in severe financial distress at the time he was kicking off his campaign.  In reality, “millionaire Bob” was actually leveraged out the ying-yang to the tune of  up to $124 million and was making ends meet by living off a 2005 cash advance worth as much as $500,000 from – you guessed it – Henry Luken.

While financial disclosure rules do not require Corker to reveal his contingent debt publicly, standard business practice implies that he remained liable if his buddy Henry couldn’t make his monthlies. What is clear from the report is that Corker had precious little cash, and that Luken (and likely Corker) was toast until a “White Knight” with a multi-billion dollar interest in Corker’s legislative activity “spontaneously” arrived on the scene and decided to open up its checkbook.  Keep in mind that at this time he also had interest, maintenance and tax obligations on up to $124 million in commercial loans in a rapidly deteriorating commercial real estate market.

So as he prepared to run for the Senate, Corker’s credit was apparently “tapped out” and the wolves were circling.

All of this more significant than whether Bob & Lizzy needed help to pay the light bill for their 13,000 sq. ft. mansion.  Corker used his alleged wealth to scare off more serious primary opponents in 2006 (such as Zach Wamp) and convince major GOP contributors and supporters that his nomination and election were inevitable.  The “Look at me — I’m a successful businessman having to take a pay cut to serve the people in Congress” is a popular theme.  But in many cases, like with Corker, it’s just not true.

More disturbing is how Corker was able to miraculously avoid some of his contingent debt-chickens from coming home to roost and how the problem just “disappeared” in 2009, thanks to some incredibly coincidental help from some powerful people who had a strong (and possibly illegal) incentive to help Corker and Luken out of their bind (which we will also discuss in detail in Part Two).

Corker’s subsequent rebound to amass a second fortune (Parts 3, 4 and 5) while serving full-time as a U.S. Senator also raises disturbing questions that threaten to shake the carefully-crafted narrative that is Bob Corker.  Continuing to loom over his head are a spate of federal investigations, multiple ethics complaints and questionable business deals personally involving Corker and some of his closest advisors and associates.

If any of this comes as news to Republicans anywhere between Memphis and Mountain City, maybe it’s because the state news media has not only largely ignored this story, but has instead been hacking up “puff pieces” on Corker to the exclusion of serious political analysis.  More on this later.

But given the evidence, it is reasonable to conclude that to get elected to the U.S. Senate Bob Corker constructed an image of a wildly successful businessman that was little more than a Potemkin Village — predicated on a political lie and some major financial help from some very questionable people. 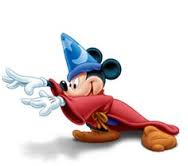