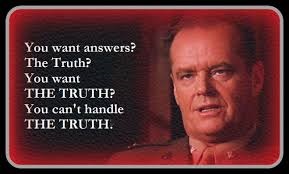 It was just yesterday that RTP tried to imagine the different ways Ryan Haynes and his hacks could avoid having to face Rep. Judd Matheny and other conservative legislators over the state party’s despicable actions in trying to defeat conservative GOP lawmakers in last week’s GOP primaries.  The crew at Rocky Top has been around the track a few times, but even we — in our vast experience — did not imagine such creativity from sniveling cowards.

Late last night, Haynes convened a meeting of the administrative committee of the state executive committee.  Think of the administrative committee as the state party’s version of the notorious “pre-meetings” that House leadership allows. In many of those meetings, the leadership identifies the bills they do not like and they conspire not to allow those bills to even be brought up for a vote.  The meetings are held in secret by a small group of legislators and favored lobbyists.  It’s deceitful.  As a legislator Haynes himself took part in those pre-meetings many times, so he knows how they work.

This morning. And yes — Rocky Top is everywhere.

The administrative committee — conveniently stacked with Haynes sycophants — had their “pre-meeting” session last night to discuss this morning’s SEC agenda.  Someone made a motion to ban Rep. Matheny from even addressing the SEC.  After securing the necessary votes to silence Matheny, Haynes then voted with members Tim Rudd (who will be a state legislator next session and who won his primary last week, despite the establishment spending over $120,000 to defeat him) and conservative stalwart Bobbie Patray to allow Matheny to speak.  What a cynical, hollow gesture on Haynes part.  First he ignores Matheny for weeks, then has one of his cronies makes a motion to gag a GOP legislator, then casts a worthless vote in support of Matheny.  It’s just not right to call Haynes a coward, so we will call him a duplicitous coward instead.

What is it about Ryan Haynes that makes him soil his pants any time someone disagrees with him or confronts him?  A real profile in leadership, that one.

It is truly astonishing the level of undeniable corruption displayed by the “leaders” of the state GOP. One would hope that a majority of the SEC members would recognize how wrong this is and how it threatens to destroy the trust in the party organization of the very people they are supposed to help elect (and get re-elected).

But last night’s shameful cravenness dispelled any doubt the current state of the GOP is beyond hope.