Starrett sucks others into his web of deceit.

His “employer” screws up the timeline and gets caught by who else?  RTP.

“… and you should get the corner table at Starbucks on Old Fort Parkway. I call that my ‘satellite office’ and the cappuccino and brioche is to die for!”

Complaining to the Daily News Journal that the job he claims in all his speeches and in his campaign literature is really and truly, pinky promise, actually a real job, Starrett steps into all over again, this time involving his father’s business associate in Beverly Hills, Jeff Weller.

Let us go straight to the statements by Starrett, his campaign and his alleged “employer.” Let us highlight just a few of the statements where RTP calls “Bullsh*t”:

Jeff Weller: “Since we hired him in 2014, he [Starrett] has worked from his home office in Murfreesboro.”

Big problem there Jeff – it appears that the statement Grant wrote out for you contains, well, a lie.  Grant forgot to tell you he didn’t live in Murfreesboro until around Christmas of 2014.  Records show that in 2014 he was still living in a gated apartment complex in Cool Springs, Franklin.  In fact Grant didn’t own a house until May, 2015.  So what, was he some kind of “homeless office person” or something?  How in 2014 could he “work out of a home office in Murfreesboro” when he didn’t own a freakin’ home in Murfreesboro until 2015?

Weller:  “My family is from Tennessee.”

Oh, really, Mr. Weller?  Care to tell us whether that is your immediate family, or is it your 3rd cousin, twice removed?  What part of Tennessee, exactly, and when was the last time you attended a family birth, wedding or funeral in Tennessee?  Is your claim to being “from Tennessee” sort of like “my family is from England,” as in according to Ancestry.com your great-great-great-great-grandfather once lived in Tennessee in the 1800’s?  But since Mr. Weller has decided he wants to get involved in politics in Tennessee, he should (1) first be able to find it on a map, and (2) stop pissing on our leg and tell us it’s raining.

Weller said he talked to Starrett “over a couple of games at Neyland Stadium” in 2014.

Which games, Jeff?  Have you ever actually been to a game at Neyland? Which ones? If so, you know that it’s practically impossible to talk over the noise of 105,000 screaming fans singing “Rocky Top” every 4 minutes.   And no, they aren’t singing for this blog, they’re singing for the Big Orange, as God intended.

The rest of Mr. Weller’s statement was generalized clap trap that looked like a boilerplate resume and which offered no other evidence of any legitimate employment of Starrett.  Starrett’s campaign manager offered a spluttering defense of Mr. Starrett’s Tennessee bona fides without once mentioning that he – the manager – also graduated from Stanford around the same time Starrett did.  What is it about moving to Tennessee? Is it the climate?  The barbecue?  The whiskey?  Or is it the opportunity for pursuing your own blind ambition by spending a gazillion dollars trying the convince the local yokels that they need to be represented by someone who couldn’t find Bugscuffle, TN with a road map and a full tank of gas.

As for the “salary” Mr. Starrett was paid for his alleged “work,” it seems the most he has been paid in one year was $36,000.  After paying for an exclusive private high school education in Beverly Hills (where the tuition could pay for three years at UTK), a Stanford University degree (where tuition would pay to feed the average family of four for 30 years) and a Vanderbilt law school diploma (where the motto is “Show us your Gold”), Grant’s parents must be so-o-o proud that their son finally landed a primo job earning the equivalent of $15 per hour to sit in his pajamas in a “home office” that doesn’t exist, analyzing apartment complexes in Bel Air.

Gentlemen, unlike you, every single person at RTP is actually from Tennessee and our studied, erudite demographic analysis of your claims leads us to the inescapable conclusion:

Here are a couple of photos of the interior of Grant’s Murfreesboro house as it appeared more than a month after he bought it in the summer of 2015.  See any “home office?”  See any furniture?  Nah, neither do we. Don’t ask how we got the interior shots.  Might be too creepy, even for Grant. 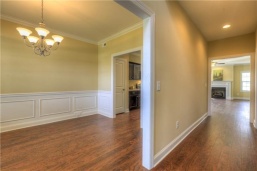 And here is Grant’s license plate. Does it say  “Go Vols?”  Nope. 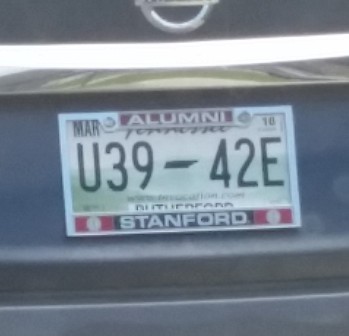