Starrett claim to be a Murfreesboro “real estate executive” looks like a total fabrication.

Grant Starrett is faking it.  He’s a phony.  He is making it up.  And he is doing so on the most basic part of his resume — his employment.  Starrett’s past and current professional employment is believed to be a gross exaggeration, if not an outright fiction, and RTP has the story:

In short, Starrett’s claim that he is some kind of “real estate executive” seems to be complete crap.

There is no record Starrett has ever had a “real” job.  Because of his thin resume, he feels compelled to take what are obviously internships (some reflected by his parents’ large political contributions) and conflate them to appear to be professional positions.  Other than a 5-month stint as a “coalitions coordinator” for the 2012 Mitt Romney campaign, Starrett has never had a full time job that lasted for more than 2-3 months, usually over the summer.  Within the exception of his current claimed employment, he has never worked for a private business of any kind.

This is not the first time Starrett has tried to invent a position and title out of whole cloth.  In January 2013, Starrett, along with another attorney named J. Ammon Smartt, organized Tennesseans for Judicial Accountability, a 501(c)4.  Starrett listed himself as President and Founder.  It was created to try to influence the 2014 state Supreme Court retention elections.  Other than an embarrassing interview with Phil Williams (see link), the organization did not appear to be a major player in the judicial recall effort.  Records show that Starrett was not paid for any work.  It disbanded in December of 2014.

There is a Lion Real Estate Group.  But it has an address on Wilshire Blvd., in Beverly Hills, CA (310-526-3103).  Founded in 2007, the company owns and manages apartment complexes in the LA area. The co-founder and owner of that company is Jeff Weller, who appears to have a previous business link to Starrett’s father.  The company’s message recording and office directory offers 13 extensions to various employees, including Weller, but no mention of Starrett.  Weller and his partner have both given the maximum contribution to Starrett.  It appears Starrett and his father’s California friends created a made-up position and a faux Tennessee company to provide Starrett the political cover he felt he needed to establish credibility and a link to the district he moved to just last year.  Although Lion Real Estate’s only office is in California, and Starrett says he is “vice-president and special counsel” of the company, he is not a member of the California Bar.

This raises another serious question.  In Starrett’s financial disclosure statements, he said he has collected around $45,000 over the last two years from Lion Real Estate (in addition to undisclosed sums from this parents private trust).   Since Weller and his partner have both maxed out in contributions to Starrett, are they funneling money to him illegally by paying him a salary for “pretend” work?  If Starrett cannot quickly provide proof of work for that income, it could be a violation of Federal campaign finance laws designed to prevent “laundering” of contributions by pretending to hire candidates and paying them salaries or consulting fees for no actual work.  Despite his “employment” by Lion Real Estate in California, Starrett is not a member of the California bar. 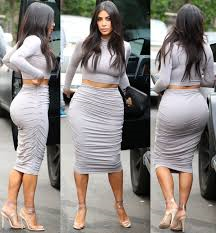 “Mr. California’s” job credentials appear as fake as a Kardashian.  Of course, the Kardashians and Starrett did grow up in the same neighborhood, so ……

[Editor’s note:  Our excellent tipster who first brought this to our attention said he had tried to interest newspapers in the story, but that “nothing happened.”  Let’s see if a more enterprising journalist would like to ask some serious questions of Mr. Starrett.  To help him or her along, here are some links of interest:]

[Note:  There is another Lion Real Estate company in Texas, but it appears to have no connection to the one California.]