“News of the Weird.” 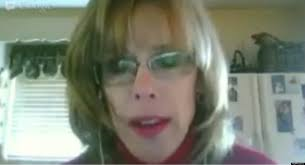 RTP received a tip for what all intent and purposes appears to be from the email account of Beth Cox, the candidate recruited by the establishment GOP types (i.e., Haslam, Harwell) to run against conservative Rep. Courtney Rodgers in the August GOP primary.

But when we opened the attachments and read the contents we were dumbfounded.  Surely, we thought, this had to be someone hacking Cox’s email account.  Why would anyone in their right mind send this to Rocky Top and not expect the butt whippin’ we are about to deliver?  Of course, there could be other reasons why Beth Cox sent this to us:

It begins with a suggestion from state GOP executive committee member, Melissa Gay.  It looks legit, but you readers of Rocky Top (both of you) decide for yourselves if Beth Cox really did send this to us:

Regular readers of Rocky Top will remember Ms. Gay was at the center of the slimy state GOP effort to pack the delegation to the national convention with anti-Trump people (“Meet the Moles”). So the ever-helpful Melissa is seen here ghost-writing Facebook posts for candidate Cox. No word on whether her spin efforts ever made it into the que on Cox’s Facebook account.

But Ms. Gay has a bigger problem.  You see, there is a niggling little rule in the state GOP by-laws that staff and SEC members are not allowed to take part in contested GOP primaries.  We guess when Melissa took the oath of office to be an SEC member, she crossed her fingers behind her back and lied through her teeth that she would be neutral in party primaries.

Lyin’ Melissa just blew by all that with nary a care, probably because she knew chairman Ryan Haynes wouldn’t take any action against her.  After all, SEC state secretary Christi Cross got clean away with interfering in a primary (“Pissed to the Roots”). And Haynes has allowed the wife of the state’s political director to make a quick buck by working against incumbent conservative state GOP legislators (“On What Planet…?”)..  So abusing the rules is really no big deal to these guys.

Ah, but it doesn’t end there.  Oh, no.  Also in Beth Cox’s misguided email, was this little ditty: 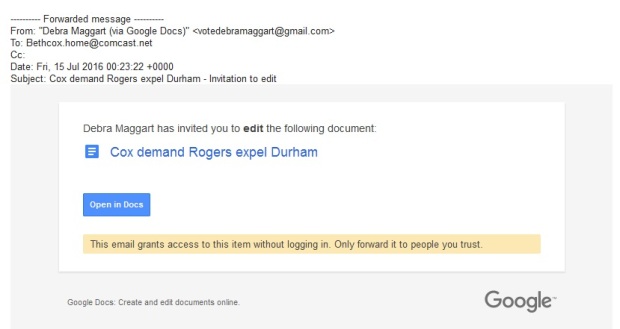 Debra Maggart, who was trounced by Courtney Rodgers in the primary four years ago, just can’t give it up.  Maggart was unceremoniously thrown out of office by the voters when she was caught lying (do we detect a pattern here?) about supporting 2nd Amendment rights.  Now we see she is still trying to replay her political humiliation by writing press releases for Beth Cox to use against Rodgers.  Time to dust off the ol’ restraining order on Debra.

So there you have it.  A seething, bitter, rule-breaking, prevaricating cabal of three individuals who just can’t seem to get a life, or one of the best hacking jobs we’ve seen since Hillary got hacked?  We think you know the answer.

We just hope Beth Cox finds the “person” who “hacked” her account and “manufactured” damning emails from Debra Maggart and Melissa Gay.

If she can do that, she should volunteer to help O.J. find the real killer.