The Mother of All Political Rumors 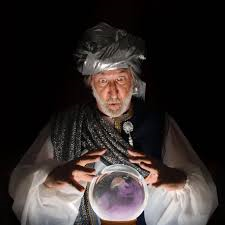 If we can tear ourselves away from the Republican National Convention for a moment, we need to realize the important election that is fast approaching.  We are, of course talking about the 2018 August primary, two years from next month.  2018?  That’s right, Rocky Top wants to take a moment to reflect on what we know is of the utmost concern to all you political hacks and politicians dripping with ambition.

Yep, that’s right—for all the drama of Crooked Hillary and The Donald this year, it is likely to pale in campaign comparison with what is shaping up to be a real slobber-knocker of an election in Tennessee in 2018.

RTP is going to take the lead on this — especially since no asked us to – and start the Way-Down-The-Road-Early-Political-Prognostication and begin speculating what happens next.

So get out those spread sheets, call a meeting at the water cooler and ante up for the office pool.  The 2018 political season begins in just over three months.

If a political harmonic convergence takes place, we could see the most number of open seats and hotly contested Republican primaries in Volunteer state history.  It all starts with the junior Senator from Chattanooga: 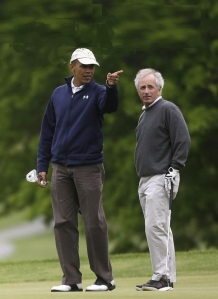 “Say, Bob. Is that a federal prosecutor hiding in that sand trap?”

Corker runs for governor or gets a tough primary opponent – Corker’s finances continue to dog him and word from DC is they are about to get much worse.  There is already one Ethics complaint against him and there are rumors of more to come.  Even if Corker can parry the charges of insider trading, magically disappearing loans, sweetheart land deals, etc., etc. there are persistent rumors that he will be seriously challenged in the primary in 2018.  Even if Trump is elected president, Corker’s financial mess is likely to knock him out of a major cabinet position (the consensus among Trump insiders is that Corker’s withdrawal from the Veep sweepstakes was reportedly the result of Trump letting him save face after the vetting process revealed Bob had more baggage than a Samsonite dealer).  If Trump loses or by-passes Bob and/or the Republicans lose the Senate, Corker may conclude his political future lay elsewhere.  At that point Bob may grab his gubernatorials and run for governor. Why not cap his career with the job he first lusted after many years ago – Governor of Tennessee?

Haslam runs for Corker’s Senate seat – Ah yes, the ol’ switcheroo.  What’s an out-of-work billionaire do with his free time?  Why, run for the “most exclusive club in the world” — the U.S. Senate.  If Corker and Haslam delay their decisions to the last minute (say, late March), it will be difficult if not impossible for someone else to enter the race and plunk down the mega bucks and name ID they can bring to the table on short notice.  Think of what happened in 2002 when Fred Thompson decided to retire from the senate AND not run for governor.  That’s how Lamar got in the Senate (and, now that we think about it, how Phil Bredesen won the governorship).

Diane Black runs for Governor – that is a foregone conclusion that could only be disrupted by Diane losing to Joe Carr in two weeks.  Unconfirmed reports that Carr is leading have bounced around the convention floor this week and Diane and her supporter do seem a mite defensive for an incumbent who is outspending her opponent a gazillion-to-one.  If she loses, it will trigger a political earthquake for the establishment wing of the party.  If she wins, look for her to kick off her governor’s campaign faster than you can get a carry permit.

Marsha Blackburn runs for something – While Corker is looking forward to a Trump administration, he may want to look over his shoulder at the popular conservative.

There are lots of other potential candidates — who RTP will discuss in later posts — but the above gives you a taste of what we can expect.

Bonus Round:  The rumors about Lamar’s health have been rampant and so has the speculation that he will not serve out his full term, which ends in 2020.  That would open another U.S. Senate seat.  Who would fill that?  Anyone with a deep pocket (like maybe Randy Boyd?).

Just think of it — 2018 could see two open U.S. Senate races, an open governor’s race, at least three or more open congressional seats and all 99 House seats and 17 Senate seats in the General Assembly.  They would all be running at the same time and all scrambling for the same pot of money (unless they can stroke a personal check), and most all of the races being decided in the August Republican primary.

The GOP Establishment – who have taken it on the chin in the state legislature of late, can sooth their wounds by manipulating the election calendar, swapping offices and titles by writing big checks, and secure their hold on the three statewide elected positions.  Or, they could lose their butts and watch helplessly as the Barbarians finally crash through the Gates.

Now for one more prediction.

Here’s an interesting factoid for all you political junkies out there: Every single time the governor’s chair has been open since 1966, the office has switched parties.  Hard to believe?  Take a look:

Weird, huh?  44 years of the governorship switching party hands.  If it switches again in 2018, that would make the streak an astonishing 52 years.

Can it be done?  Can the Dems offer up an attractive candidate, with executive experience and with deep personal pockets to break through the onslaught of GOP candidates running for every office available and sucking on the same contribution teats as every other Republican candidate?  RTP can answer all those questions in just two words:

To close, let’s return to this year’s election and the exciting, informative presidential debate that is already underway.  Question of the day: