Setting Fire to a Corrupt Investigation 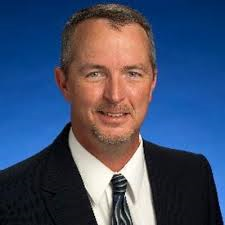 Rep. Billy Spivey has thrown down the gauntlet.

In a sharply worded letter sent to the Durham Ad Hoc Committee, of which he s a member, Spivey demanded the Committee cease operations because the investigation they authorized to look into the Durham affairs has degenerated into a political witch hunt.

Breitbart News reported earlier today on the Spivey letter to Ad Hoc Committee chair Rep. Steve McDaniel, which pulled no punches.  Spivey demanded to know why members of the committee learned of important investigative actions by reading about them in the media.  He also called out AG Slatery by demanding to know why people who have been interviewed by his investigation are being asked numerous questions by investigators about the private lives of other legislators, many of which could be identified as political opponents of Speaker Beth Harwell.

As RTP has been warning for weeks, the cesspit of an investigation that was created and promoted by Speaker Harwell has now reach maximum stench.  Spivey has now called their bluff.

Harwell is about to be asked some very, very pointed questions by members of her caucus.  If she does not answer them, she will be at real risk of losing her speakership.  There are rumors that at least two, possible three, people are contemplating a challenge to her following the election.

As for her gubernatorial ambitions, the glaring lack of leadership on her part in this and other matters means that she can pretty much kiss those dreams goodbye.

Spivey also pointed out a glaring fact that everyone in leadership, the AG’s office and the news media seem desperate to ignore:  since the legislature has adjourned for the year, there is nothing they can do to accomplishment their original mission — to decide if Durham should be expelled.  The House can only expel Durham if it is in session, which it is not, leaving many legislators to ask the question as to why the hell this idiotic investigation continues? Why issue a report if the report cannot be actd upon?  Good damn questions.

RTP agrees with Spivey:  Shut down this abomination and let the voters decide what to do with Durham.

While they are at it, RTP respectfully suggests they take their “little black book of political blackmail” report to be generated by the investigation and put it where it will never see the light of day.

In other words, “Stick it where the sun don’t shine, Herbert.” 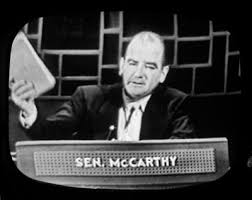 “Mr. Slatery, Sen. McCarthy is holding for you on line three”