Pissed to the Roots

The original strategy of the HQ conflict-of-interest cabal appeared to be the tried-and-true method of just “riding out” the Taylor Ferrell controversy, hoping everything would calm down eventually and they could get back to lining their own pockets (or that of their wives) while targeting GOP conservative legislators. The Memorial Day weekend was the rumored target for “weathering the storm,” after which everything would return to normal.

Wilson, Robertson, Obion and Maury county GOP committees have all passed resolutions demanding the firing of the state GOP staff involved. RTP is aware of at least four more county organizations considering the same action. Instead of running the “Red to the Roots” program, the state GOP staff now has to worry about the effort underway at the local level to have their sorry butts fired. 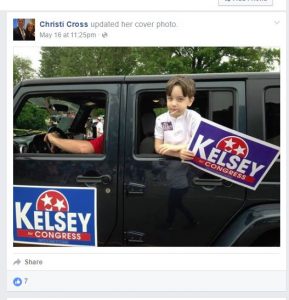 Her astonishingly lame defense was that she was campaigning for Kelsey “outside of her [SEC] district.” Even if true, it grossly violates the spirit of the by-laws. She then said because she was campaigning for a primary candidate in a federal race, that somehow made violating the by-laws okay. Uh, nope. The state by-laws do not make exceptions for federal races. In addition, Ms. Cross fails to mention she is not just any old SEC member, oh no – she is the Secretary of the state GOP and as a state officer is a representative of the GOP for the whole state. Kinda hard to use the ol’ “not in my district” defense when your district actually comprises the entire state.

Now maybe if Ms. Cross would like to campaign for Kelsey in, say, Utah or Kentucky, her actions might be forgiven. Absent that, for the love of all that is holy please just shut up Christi, before you dig your hole any deeper.

Payback’s a bitch, ain’t it Brent?