Fincher fails to get even one of his Tennessee Republican colleagues to vote with him.  GOP delegation unanimous in opposing Fincher’s legislation. 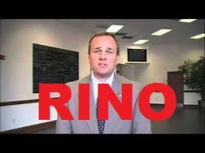 Rep. Paul Ryan, current chairman of the Ways and Means Committee and the likely new speaker of the House, said he strongly disapproved of the bill.

“This is a pretty profound debate we are having,” Ryan, R-Wis., said. “It’s about what kind of economy we’re going to have. Are we going to reward good work or good connections? I think there are plenty of other ways to expand opportunity in this country, and corporate welfare is not one of them.”

“The real question in the debate we’re having comes down to this: do we let government pick and choose who it gives special taxpayer-loans to or not?” McCarthy said. “I believe our constituents know very well what the right choice is. They don’t want their tax dollars backing up any loans for businesses. That’s not the government’s job. The private sector can and should do that. And our economy does best when the government is left out.”