Some Things You Just Can’t Fix…

“Hi there. My name’s Bill Haslam and I am here to raise your taxes.” 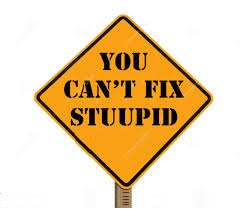 Fresh from his resounding “victories” on InsureTN, Common Core and in-state tuition for illegal aliens, the governor has announced the “Bill Haslam I-want-to-raise-your-taxes Tour.” It’s sure to be a big hit with the common folk.

That’s right, Bill Haslam wants to make every family in the state pay more for gasoline, just as we finally got a break in the price at the pump (We can’t have taxpayers putting any of their own money back into their own pockets, can we?)

Haslam just announced a 15-city tour around the Volunteer state to sell his tax hike. (“Gee, Chrissy, if Don Sundquist had only done a big tour like this, we could have a state income tax right now!)

Haslam is doing this just as the state announced it had “over-collected” taxes by over $500 million. That’s right. We have a big honkin’ surplus and you know what that means – time to raise taxes! Speaker Beth Harwell fired a warning shot across the bow of the SS Stupid, making the modest suggestion we use part of the $500 million to help pay for road projects. But the governor ignored her slightly veiled threat and instead insists we need to “restructure” the revenue formula for transportation. For those of you who are uninitiated in poli-speak, “revenue restructuring” is code for “I’m going to raise your taxes.”

This guy never seems to learn. He has had one agenda item after another shoved where the sun don’t shine, but he keeps plugging away. The fact that he wants the legislature to do this during an election year has left legislators, political observers and pundits slack-jawed at his political ineptness.

You have to give Bill Haslam credit for persistence.

Because you sure can’t give him any credit for common sense.