The original lobbyist for a state income tax has been recruited to bring adult supervision to the governor’s office and manage the governor’s agenda.

What could possibly go wrong? 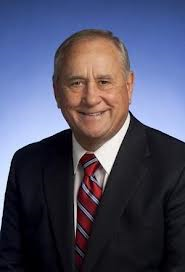 Jim Henry has been named the new nanny, er, chief-of-staff for the nursery that is known as the governor’s office.

It’s not that the Haslam office is populated entirely with wet-behind-the-ears 30-something political neophytes (although there are plenty of them who fit that description).  It’s just  that even the more, ahem, mature members of the governor’s staff have operated like they just graduated from political prep school (we of course are thinking about Mark “Haters Gonna Hate” Cate as we write this).  The Haslam administration has been one misstep after another with legislators and now the news media openly questioning the basic competence of the governor and his team.  In an attempt to salvage what remains of his political credibility, the governor is bringing in an old hand, but one with serious baggage.

Jim Henry has the experience, the smarts and the demeanor to communicate with the legislature.  By all accounts he is a good person.  But he faces the unenviable task of promoting Haslam policies such as Insure TN and a gas tax.  All the skill sets in the world can’t get the job done if the agenda sucks.

But that is not the biggest drawback for the Jim Henry appointment.  Despite all his attributes, old-timers remember the last time Jim roamed the halls of the  LP — as a registered lobbyist for Democrat Ned Ray McWherter and his attempt to pass a state income tax.  And Jim won’t find many pro-tax GOP colleagues from that time or the days of the infamous Don Sundquist state income tax efforts.  In fact, exactly one GOP legislator who voted for the income tax is still in office — Steve McDaniel.  Every other Republican who voted for a state income tax has either been retired or defeated. 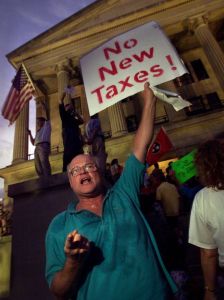 High on the governor’s agenda is a major increase in the gas tax — a move that looks depressingly like a cheap imitation of the state income tax (more on that in later RTP posts),

Jim Henry certainly has his work cut out for him.  The crew at Rocky Top find ourselves in the conundrum of personally wishing him well while also hoping he is spectacularly unsuccessful in passing Haslam’s agenda of Obamacare expansion and higher taxes.