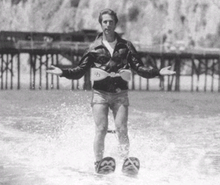 In what has to be one of the dumbest public admissions of political impotence by a sitting governor, Bill Haslam has truly outdone himself.  In a speech to local officials, Haslam begged them to bail him out of the morass he has created over the last 5 years.  Since many of our readers do not speak fluent “politicalese,” the contributors to RTP have provided a helpful translation (outlined in red type) to what the governor was actually saying.

By Erik Schelzig, Associated Press
NASHVILLE, Tenn. — Gov. Bill Haslam on Tuesday issued an appeal to officials from Tennessee cities and towns to help influence what he described as a “changing” state Legislature less concerned with the interests of traditional institutions.

The Republican governor said in a speech to the Tennessee Municipal League that local officials need to get directly involved in engaging with state lawmakers on key issues if they want to get them passed.

“I’ve talked with governors all over the country,” Haslam said. “And the nature of state legislatures is changing in terms of who gets elected and their view of what government looks like.”

Translation: “I don’t even know these people. I for sure haven’t seen them around the country club. I bet they have never even been to a Swan Ball.

“The damn voters are electing conservatives who promised limited government and who cannot be bought and who stand on principle. I hate that.”

Haslam told reporters after the speech that once powerful institutions like lobbyists, the media, chambers of commerce and hospitals no longer carry as much sway with the General Assembly.

Translation: “Lobbyists have filled the political pockets of what few allies I have in the legislature with millions of dollars in contributions. The news media, while still reliably liberal, are suffering catastrophic circulation losses and have demonstrated an inability to influence the legislature. In fact, what leverage they possess is now a negative influence. Want something to fail and fail miserably? Call the Tennessean and ask them to write an editorial in support of it.

“The Chambers of Commerce, represented in Nashville primarily by lobbyists who are Democrats andwho spent years trying to make sure Republicans never took over the legislature, now whine that those same Republicans are ignoring them.

“The grossly over-paid hospital CEOs trying to fund their bonuses and golden parachutes with taxpayers’ money extracted through Obamacre schemes are upset. They should be. The GOP legislators in the Assembly are ignoring the CEOs and listening instead to their constituents (taxpayers). The horror.”

“We have a changing Legislature and the old ways of doing things won’t necessarily work,” Haslam said. “So I think you’ve got to be visible and present here.

Translation: “What kind of world are we living in when even a billionaire like me cannot buy off legislator?  We have got to start pressuring them in other ways to do what we want and to ignore their constituents, so I want you to take off from work and schlep down to Nashville to pull my ass out of the fire.”

“It’s just a different world,” said Haslam, a former Knoxville mayor. “You can’t rely on sending a rep to do what they’ve always done and expect the same results.”

Translation:  “Your lobbyist is screwing you to the wall with his/her contract and claims of effectiveness.  They are lying through their teeth if they tell you they have a good relationship with the emerging conservative majority of the GOP caucus.  In fact, the lobbyists — be they establishment Republicans or yellow dog Democrats — hate the conservatives.  The feeling by the way, is mutual.”

The governor during this year’s legislative session twice saw lawmakers defeat his signature Insure Tennessee proposal to extend health insurance to an estimated 280,000 low-income people despite strong public support and the backing of business and hospital groups.

He was also put in the position of having to sign a bill to strip local governments of the power to ban all firearms in local parks, ball fields and playgrounds. Haslam as mayor presided over a vote to keep gun bans in place for some Knoxville parks, and had long argued for local control over the issue.

The governor also faces a steep path with lawmakers if he decides to try to raise the state’s tax on gasoline next year. The tax hasn’t been increased in 25 years while fuel efficiency has improved and federal funding has wavered. That has left the state with more than $8 billion in unfunded transportation needs.

Translation:” I magically found $120 million for a new state history museum and another few million to get the state into the teacher liability insurance business (which practically no teacher asked the state to do) among other dumb spending items, but I couldn’t scrape together an extra dollar for roads. In fact, I had to empty out the offers so that the road funding problem would look worse than it really is. Oh, and that $8 billion in “unfunded transportation needs?” That’s just the phrase we like to use for the ridiculously inflated “wish list” to guarantee full employment and large profits for road builders.

“Better not let people know millions of transportation dollars have and are being spent on critical “needs” such as bikepaths used by about 2% of the population, public transportation with empty seats and other politically correct nonsense it was never intended to fund.”

“It’s not as much as a felt need right now as it needs to be for there to be a transportation bill passed,” Haslam said. “Transportation issues are big deal to a lot of folks here, but I’m not sure their state reps feel the pain the way they might.”

Translation: “Look for us to stop doing regular maintenance work. A few thousand motorists having to go into the repair shop for wheel alignments ought to change some minds.”

“It’s time to get tough with those brutes in the legislature. And since I have proven myself to be an unmitigated wimp and politically incompetent, I am asking for your help to make sure the last three years I am here are not a living hell for me. Oh, and to all of you who will lose your next election because you pushed for a gas tax? Thank you for your sacrifice.”

While many lawmakers acknowledge the funding crunch, there is also a widespread wariness supporting a tax increase even if it packaged as a “user fee.”

Haslam in the speech said he understands that local officials have their hands full without the added duty of trying to lobby their state lawmakers. But he called it “critical” that legislators hear from officials in their district.

Translation:” I’m begging you. Please make me look like the governor I know I will never be. I’m desperate here. Free Pilot gas cards and Cleveland Browns tickets for everyone who signs on!”

“At the end of the day, you can send all the lobbyists you want,” he said. “But nobody can be as effective as you who lives in the communities with that state legislator there expressing your concern.” 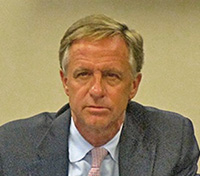