I Sweah, I do believe they are getting the Vapours! 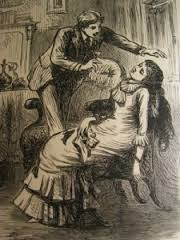 The Tennessean, leader of left-wing thought that permeates the state’s newspapers, seems to be having a nervous breakdown over Tennessee’s ObamaCare (Medicaid) expansion efforts. How else to explain their latest conniption fit in this past Sunday’s massive page one editorial against the heathens in the legislature who dared not toe the line and expand socialized medicine in the Volunteer state.

Their straw man in this case was Sen. Todd Gardenhire. The Tennessean editors practically swooned on their way to the fainting couch when they learned Gardenhire used the word “asshole” when he responded to an “activist” who had followed the senator to the men’s room, screaming questions at the legislator. Those of us at RTP who know Gardenhire personally think the poor dears at the Tennessean should be thankful he didn’t use even more descriptive language. RTP thought Gardenhire was the model of restraint when he chose to just call the guy an asshole. Decking the scum bag would have been just as appropriate.

The Tennessean has also dropped all pretense of unbiased coverage of the Insure TN issue. They have run what seems to be an article a day about what morons the state legislators are, chronicling all the people they say will die if we don’t take money that we got along without well enough these last few years.  They largely ignore the fact that it was a Democrat governor (Bredesen) who removed hundreds of thousands of these same people from the public teat not that many years ago.  But now that the Republicans are in charge and having to make some similar difficult decisions —  well you would have thought the world was coming to an end.  Obviously someone must be accused of such perfidy! For example, with every story they now print the names, phone numbers and addresses of every legislator who recently voted “no” on the expansion. What’s next? The names of their children and where they attend school?

Here at RTP, we view the list of elected officials the Tennessean names as villains from a different perspective.  These are representatives who have demonstrated the courage to step forward and vote their convictions.  On second thought, maybe the Tennessean “hit list” does serve a good purpose — now we know where to send the thank-you notes.

What has happened to the Tennessean? Many theories abound as to what precipitated their frenzy: perhaps it is the “Vapors,” or nostalgia for the glory days of the 60’s, or too many reporters with degrees in Medieval women’s studies, or the anniversary of Saul Alinsky’s birthday… who knows? But they are quite obviously engaged in some serious political hyperventilating over this disturbing turn of 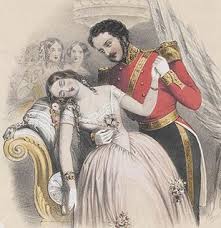 The brain trust here at RTP has discussed the situation in detail, and while we have not completely dismissed the possibility of hallucinogenic substances, we believe the answer is much simpler – and much more profound as it relates to politics in Tennessee.

The last two mega-issues for the left — Common Core and Obamacare (Medicaid) expansion — have been crushed in Tennessee. This, despite “all the right people” throwing millions of millions of dollars at the issues. This despite all the top-flight consultants such as Tommy Griscom and Tommy Ingram, along with the lower-level talent of Joe Hall and a host of others being put on the payroll to jam this down the throats of Tennessee taxpayers. This despite the leadership of a billionaire governor whose most substantive connection to average Tennesseans is through their gas tank. This despite the combined effort of the Chamber of Commerce, the Business Roundtable, the Tennessee Hospital Association, the Sons of the Pioneers and the Wartburg Ladies Quilting Club all swinging into action in support.

No, what is going on here is the growing realization that the old political paradigm, while still useful on occasion, can no longer dictate the outcome of every rape & pillaging of the taxpayers that comes down the pike. When Advance TN PAC cannot elect more than one or two legislators, when Bill Gates and Bill Frist cannot move the body politic on Common Core after spending millions on their propaganda and their operatives, and when the big hospitals cannot have their way despite every bogus scare tactic they could muster, then you know something has changed.

What sends the folks at the Tennessean and others like them into heart palpitations is the reluctant realization that the “torch has been passed to a new generation” (we couldn’t resist the citation from their patron saint, JFK). What is particularly galling to them is that the “new generation” is comprised of an electorate that is more fiscally and socially conservative than their running buddies of the past 50 some-odd years. Weren’t they taught at Bryn Mawr and Harvard that this could never happen? Didn’t their well-worn copy of “Rules for Radicals” provide the antidote for such Neanderthals as Ronald Reagan and Rush Limbaugh? How could this happen after the Chosen One was elected president in 2008?

It is a soft and not so soft corruption that leads many to believe their business success coincides with their ability to extract money from the public treasury; from the Pearsons looking to make a buck off the public education of our children to the hospital conglomerates for whom Medicaid expansion would return them a near 900% return on investment, courtesy of the taxpayers. Those living off the taxpayers along with those in the media are apparently suffering from PTSD brought on by having their most cherished values and expectations smashed by the Great Unwashed taxpayers and are now probably asking themselves: “Where shall we go? What shall we do?

Frankly, my dears, we don’t give a damn. 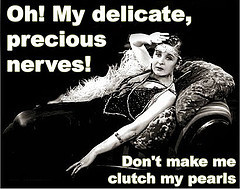