SCORE, denied seat at the table, mouths off, gets it spectacularly wrong. 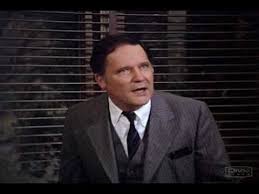 Someone who knows the S.C.O.R.E.

Rarely has the crew at Rocky Top seen a political organization make bigger fools of themselves than did SCORE, through their spokesperson Teresa Wasson.

A little background is necessary to understand just how stupid SCORE looks today after the comments made by Wasson yesterday.

From the beginning it appeared to some keen observers that SCORE and other special interests were not allowed inside the tent regarding the Common Core repeal bill currently making it’s way through the legislature.  SCORE’s resentment for being excluded was noticeable to many LP lounge lizards. After several years and millions of dollars spent positioning themselves as the chief cheerleader for Common Core, it suddenly seemed no one gave a crap what they thought.

But that didn’t keep them opining about a bill that went straight to the heart of their existence, but about which they knew so little.  Among Ms. Wasson’s pontifications: “[SCORE] is pleased the proposal doesn’t change the standards.”

Uh, Ms. Wasson, just what part of the word “replace” do you not understand? The bill specifically says its purpose was to “replace Common Core” with standards developed by Tennessee educators – something that would take18-24 months and about $4 million to accomplish. Somehow Wasson interpreted the intervening time period to mean that Common Core had received some kind of reprieve or something. That’s like someone sentenced to be hanged thinking the two weeks it takes to build the gallows is somehow a stay of execution. The loud hammering sound should have been their first clue.

There can be no excuse for the highly paid staff at SCORE to be so monumentally ignorant and/or wrong about the Common Core repeal bill. A more charitable analysis might be that they were being duplicitous or deceitful, but that would require a level of intelligence that has heretofore eluded the over-paid geniuses at SCORE.

In a related matter, SCORE president and CEO Jamie Woodson had no comment about her plans to run for governor.

As Speaker Ron Ramsey might say: “It matters who leads.”