We were wondering whatever happened to the Occupy Wall Street people 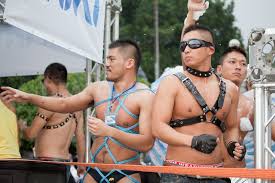 A rally tomorrow against vouchers is likely to put “politics makes strange bedfellows” to the ultimate test. A motley collection of groups have committed to alighting on the legislature to voice their opposition to vouchers: The Tennessee Transgender Coalition and the Nashville Peace & Justice organization. Even the labor union front group, Williamson Strong, is a part of the Anti Voucher Day on the Hill.

Yep, when one thinks of the big issues facing the LGBT community, one thinks of things like the murder of homosexuals in Islamic theocracies, gay marriage, opposition to vouchers….. Vouchers??

For a group of people who demand complete freedom to make decisions about their own sexuality, they sure don’t think that freedom extends to parents who want to make their own decisions about where to educate their children.

Fence-sitting representatives who are part of the 78% of legislators who are also protestant evangelicals undoubtedly will make up their minds in favor of vouchers after these groups rally in opposition.

So what’s the Lunatic Left’s position on Common Core? And do you guys accept Visa? Just asking…