Kevin “I Voted for Obama” Huffman has resigned. 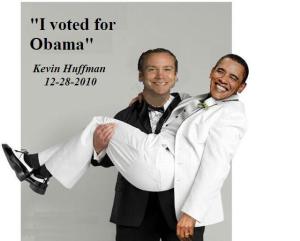 To this RTP says: “You’re welcome.” We have been among Huffman’s most severe critics, and for good reason.  When Bill Haslam selected the  carpetbagging, liberal jerk to head up the education of our children, RTP was the one who pointed out his mercenary double dealing with his former employers, among other transgressions. Apparently Governor Hardhead finally got the message from Republican legislators who said Huffman was a hindrance to the Governor’s education agenda. But if the governor thinks this is an olive branch to those who oppose Common Core and the coming testing debacle, he should think again.  This will only serve to embolden those opponents who will undoubtedly view Huffman’s departure as a victory. Perhaps maybe now the T.E.A. will come out and ask for Huffman’s resignation — something their leaders have refused to do despite the fact their members loathe the education commissioner.  Of course, they will need to pry Jim Wrye’s lips off of Huffman’s butt first….