We have a winner! In the category of Most Incompetent Commissioner of Education Ever, Kevin “IVFO” Huffman is the 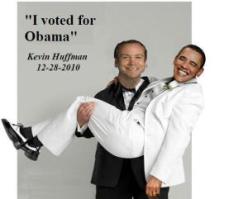 unanimous choice. Earlier today Huffman proudly announced that Measurement, Inc. would be paid more than $100 million dollars to conduct the Common Core assessment tests (assuming of course, the legislature does not gut Common Core tests in the next session).

Just one teeny little problem with your choice there, Kev.

Measurement, Inc were the geniuses who caused the meltdown in the state’s Common Core aligned writing assessment tests last February. And the cause of the debacle was the same company, using the same software program (MIST) that Huffman touted in today’s announcement.

Way back on March 28th, when RTP was just a little baby, we published the article below. Please note the emails at the bottom and the numerous references to MI (Measurement, Inc.) and MIST.  At the time, we had never heard of MIST and did not know what “MI” stood for. We sure as hell know now:

The fact that the same incompetent gang of idiots who screwed up the February tests have now been awarded the contract to screw up the ENTIRE testing system for the state is breathtaking.  Even if Measurement, Inc. says it now has its act together, why should Tennessee taxpayers take the chance ?

Short answer – we shouldn’t. But the Haslam administration’s bull-headed, blind march over the Common Core cliff is about to get very expensive. And our kids will pay the price.

Gee, Bill.  Golly, Kevin.  Did you think no one would remember this past gross incompetence? Well we did, and we are

re-delivering it to your doorstep in a well-deserved flaming bag of Common Core Crap. Just in time for Halloween!

NOTE TO LEGISLATURE: If you let these fools get away with this, you will have only yourselves to blame – and the taxpayers to answer to. You can’t say you didn’t know about it.

Who wants to be Tennessee’s Common Core version of Kathleen Sebelius?

See if you can identify the following government boondoggle:

If you guessed “Obamacare,” you would be wrong.

But if you guessed “Tennessee Common Core testing” you would be a winner!

RTP HAS THE EXCLUSIVE STORY

Sources have provided RTP with a fascinating series of emails that reveal the debacle.

Last month, while trying to conduct a statewide Common Core aligned writing assessment test for the state’s 5th, 8th and 11th graders by computer (using existing hardware), the system melted down: Not enough servers, programs didn’t work, had to use paper and pencil, yada, yada, yada. You know the drill.

Now Kevin Huffman, Bill Haslam, Bill Frist and SCORE are trying to force PARCC testing down the throats of taxpayers and the state’s teachers. PARCC tests will require an even GREATER use of computers and servers (which many local school districts do not have and will have to purchase on the front end) — all so Pearson can take a butt load of money out of our pockets.

The remarkable email exchange between the state, a local school district and its teachers is provided below.

Maybe Huffman should compare notes with Sebelius. Something tells me he will be hauled in to testify before some committee at some point soon. 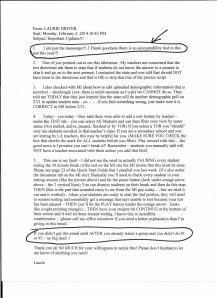