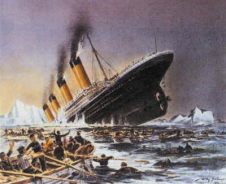 “To the lifeboats!” says Capt. Bill

Common Core is taking on water.  What could ultimately prove to be a fatal blow Gov. Bill Haslam’s education agenda came from a most unusual source: Vanderbilt University.

Normally a bastion of political correctness and leftwing thought, Vanderbilt released a massive survey of 27,000 Tennessee teachers and the result showed a hemorrhaging of support for Common Core across the state. The ObamaCare-level disapproval numbers showed support of the governor’s landmark legislation had collapsed from 60% a year ago to just 39% today.   Less than1 in 3 teachers do not want to continue the Common Core program.  To say the governor’s office, education commissioner and legislative leadership were in full panic mode would be a gross understatement.

Even the reliably liberal Tennessean could not ignore the numbers and published an additional story on how the wheels were falling off the hated Common Core and how Haslam is now hedging his bets, his words and his legacy before he even enters his second term.  Haslam said he was “seeking a full vetting of Common Core.”

Yeah, right.  If you believe that, you’ll believe he’s also seeking a weekly proctology exam. Gee, Bill wouldnt the time to seek a “full vetting” have been before you, Huffman and Woodson spent millions forcing Common Core on the taxpayers?  Enjoy your proctology exams.

The fallout is likely to first affect education commissioner Kevin “I voted for Obama” Huffman, who has relentlessly pushed the Common Core agenda while alienating huge numbers of teachers who have found his communication skills lacking, not to’ mention his arrogant attitude.

So what a come-uppance it was to see IVFO Huffman resort to a completely inane response to such devastating numbers:

Tennessee Education Commissioner Kevin Huffman, a supporter of the standards, called the survey results a “replay of the discussion” from the last legislative session in the spring, when the survey was conducted

We ask: Does anyone have any idea what the hell this fool is talking about?  Does he?  That’s the best he could come up with?  RTP offers another  “replay of the discussion” that Huffman should also remember:

Nice try, Kev.  There is just no good way to put lipstick on this pig.  It is a debacle.

So is that it for Haslam, Huffman and Common Core? Not quite. The same stubborn bullheaded, elitist attitude that got the Guv into this mess is likely to keep him going, at least through the next legislative session. The word from McMinn County is that Haslam’s minions have circled the wagons and are trying to hijack conservative legislation that seeks to establish real Tennessee Standards (not the fake ones where they just tweak Common Core, slap a new name on the same old garbage and claim it “made in Tennessee”). We’ll see if the GOP caucus members will fall for it. But like all good politicians, they can read poll numbers.

And this poll was a disaster.