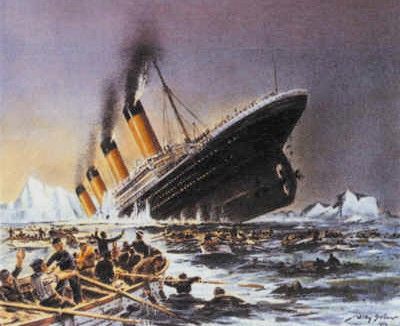 In a “re-arrange the deck chairs” move, the Haslam administration has hastily arranged an “Education Summit”, with no published agenda and a dubious guest list.

These guys’ efforts would be comical, if they were not so transparent. Does anyone in their right mind believe Bill Haslam when he says this summit “is a chance to review where we’ve been, take a look at where we are today, and make sure we’re planning for where we want to go?” Remember, this is the same governor who secretly arranged 12 closed-door meetings around the state to discuss Common Core, then only invited Common Core supporters while also excluding legislators, news media and elected local school boards. Oh, and he used lobbyists to help set up the meetings, including one who works for the biggest pig at the trough — Pearson, Inc.

This is the same governor who directed his staff and consultants to recruit and fund candidates to try and defeat incumbent Republicans who dared to oppose his Common Core agenda.

So now he slaps together some half-assed conference, mostly attended by yes-men and women who either work for him or who are sucking down education tax dollars to line their own pockets. After trying to defeat fellow Republicans and stifle any public dissent, do they really think a bogus last-second “summit” will sufficiently whitewash the glaring deficiencies of the disaster that is Common Core?  Do they think this will lessen the growing personal animus held by many in the GOP caucus towards their “Republican” governor?

NOW he wants to make nice?