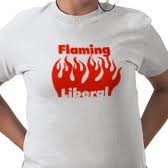 When you are a Republican candidate in a primary in Tennessee, you need to flash your conservative credentials to get elected.  One of the best ways to show your conservative stripes is to fill out and return the Eagle Forum candidate questionnaire.

This year, most GOP candidates scored in the 90’s and more than few scored a perfect 100%.  Practically no one scored below the 80’s.

Except one:  Dr.  Bryan Terry in the 48th District (Rutherford Co.)

Dr. Terry racked up a miserable 57%.  The lowest conservative ranking of any Republican in the state (with the possible exception of “Republican” Gov. Bill Haslam).  The rumor around the ‘Boro is that Doc Terry was one of those recruited by Mark Cate to try in take seats away from conservatives.  And this is who they came up with?

In fact, one of the Democrats running in the Democratic primary against Ophelia Ford in Memphis got a higher score (60%) than Dr. Terry!

Just how liberal do you have to be to score lower than a Democrat running in a Memphis primary?  Sheesh.

Tell us, Dr. Terry, when you and Kevin Huffman get together, do the two of you argue about who is the bigger supporter of Barack Obama and Common Core?