Judicial Retention: Point of the spear in Ramsey vs. Haslam/Harwell

As RTP opined back on May 15th (“Ground Zero of Ramsey vs. Haslam”), Sen. Speaker Ron Ramsey and Gov. Bill Haslam have been circling the political dog bowl, quietly snarling and snapping at each other while trying to maintain the appearance of collegiality. 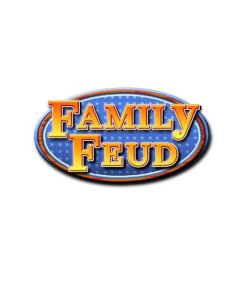 But Ramsey, assuming the role of political provacateur, is hard at it again. This time, Ramsey has staked out his role in the state Supreme Court judicial retention election in August. According to Ramsey, he believes it is not a political sin to want Republican justices, especially since the Dems rigged the system in favor of their party years ago when they saw the demographic handwriting on the wall that foretold an eventual Republican majority.

Predictably, the MSM is simply aghast at the temerity of Ramsey’s using the provisions spelled out in the state constitution to gain a majority on the Supreme Court, and by so doing, gain more free-market, conservative rulings from the bench and guaranteeing a Republican Attorney General for the first time in over 150 years (talk about your “bitter clingers”). In so doing, Ramsey has tweaked the crap out of the lawyers who make their living from their cozy relationships with justices. The shysters lawyers are raising money as fast as their greedy little hands can write the checks, all the while “decrying the influence of money and politics” in judicial elections. No one ever said lawyers lacked chutzpah while being obviously devoid of any since of shame.

But just like clockwork, Gov. Haslam, has stepped right in front of the Ramsey rocket, offering himself as a human punching bag in the process. Perhaps Haslam instinctively senses his power is fading as the threat of his entire second term is turning into a lame-duck hunting competition. Haslam let loose with a petulant whine that he (sniff, sniff) simply abhors Ramsey’s activities and rather pompously declares he is not taking a position on the retention election. He was joined by Speaker Harwell who finally emerged from an undisclosed location to take the brave stand of “neutrality.”

So let’s get this straight, governor. You were elected to office as a Republican by defeating a Democrat, but God forbid someone else try to hold the Democrat justices to the same electoral standard. You seem awfully comfortable with Democrats in positions of power. We suppose that should not come as a surprise because, after all, you appointed several Dems to your cabinet (including the infamous and incompetent Kevin “I voted for Obama” Huffman).

Maybe that’s why are we getting the uncomfortable feeling you will nominate a RINO Republican to replace Bob Cooper come September?

By now you must be getting dizzy trying to follow all of those rings Ramsey is running around you and your administration. But this is only the beginning, Governor. Get used to it.