Okay, so Stacy Campfeld is not what you would call a conventional, mainstream public official (to put it mildly). But he does have his more lucid moments. 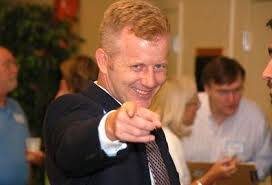 One of those moments came just recently, when Campfield outlined a pretty good rationale for why the fiscal note scam as it is practiced in the House needs to be eliminated.

We excerpt some of his more salient points here:

We all read about the funny business with [a] fiscal note that looked like a move to kill [a] bill for cost in budget sub, but really, in the end, this one sub committee killed the bill because they (and leadership) didn’t like the concept. Not the cost.

In the house, unlike the senate, any bill that starts with a fiscal note must go through budget sub even if the fiscal note is removed before the bill goes to the first committee.

This is a house leadership-made bottleneck that allows this one sub committee to kill off any and almost all controversial bills, that would probably pass on the full house floor if it they ever made it there. It subverts the will of the body. Now, any bill that even looks close to controversial gets some fiscal note slapped on it at the beginning of the year just to assure it goes through this one sub committee.

If you look back, almost every big bill went through this one committee and didn’t get out unless house leadership wanted it to and even then it was a long drawn out process.

When the rules are set at the beginning of the year, the house should move to change this and say that any bill that does not have a fiscal note, or has the fiscal note removed during the year, does not have to go to house budget committee.

Then things would really flow (or not) as the committees and the body intended them to do and the committees would have to actually be responsible for their votes and do some work to fix or kill bad bills on their own. Budget notes would be more realistic and not just contrived tools to kill controversial bills.

Who knows, it could even be an issue in a leadership race.

Beth, Gerald, Glen — are you paying attention?  Old Naifeh habits are hard to give up, aren’t they?

The fiscal note system is a gross perversion of the process and you know it.  Your rationale for this perversion undoubtedly stems from your desire to maintain control over the legislative process.  Look for more days like March 13th in the future if leadership persists in this disgrace.

You may have been glad to rid yourself of Campfield when he moved to the Senate, but he is dead-on about the fiscal note rules being a big issues in the next leadership elections.  And you don’t have to wear a Mexican wrestling mask in Neyland Stadium to figure that out.

Coming Next On This Issue: