The REAL Kevin Huffman Revealed ———– “I voted for President Obama” 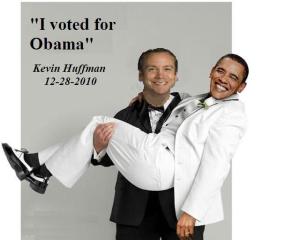 Bill Haslam has some explaining to do.  After an “exhaustive” search for a new education commissioner, Haslam settled on Kevin Huffman.  Tennesseans responded with a collective “Who?”

Now, after exhaustive research by the crack RTP team, the answer to that question is both astonishing and disturbing.  “Astonishing” in that how this guy ever made it past the interview process.  “Disturbing” that the Haslam administration either didn’t do its homework and hid or ignored what they discovered or — most disturbing — that Haslam actually agrees with Huffman’s left-wing ideology.

Read for yourself the public pronouncements of one Kevin Huffman:

In 2009 Huffman was a guest columnist for the far left-wing Democracy journal (“The mission of Democracy is to build a vibrant and vital progressivism…”) where he praised Barack Obama and his administration’s attempt to nationalize education as it is embodied in the Common Core curriculum.

In a series of columns he wrote for US News & World Report, Huffman:

WHAT THE HELL ARE YOU DOING DEFENDING THIS GUY AND HIS POLICIES?!?

Time for a floor Senate floor vote like the Common Core/PARCC “no confidence” vote that passed the House 82-11.  What about it, Ron?  Cat got your tongue (or does Haslam have you by the short hairs)?